The Netherlands or Holland is one of the most popular travel destinations in Europe, because the country has kept its traditions alive in a modern environment. One thing is certain among those who intend to visit The Netherlands, the city of Alkmaar is an important component of their travel itineraries. The centuries old Dutch city has that quaint quality of offering beautiful cultural, traditional and historical elements amidst an amazing backdrop of marvelous canals, awesome windmills and mesmerising tulip fields. 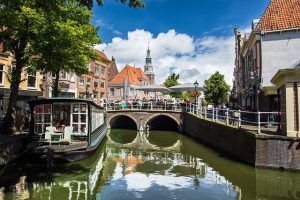 The Famed Dutch City of Alkmaar

Alkmaar is also famed as Holland’s Cheese-City. Every Friday, regular old-fashioned cheese trading and exhibits take place in the traditional market, which was established in Waagplein (Waag Square) in 1365. Since then, people from far and wide have been participating in the weekly cheese market activities, as the market is more of a venue for festivities rather than for cheese trading. 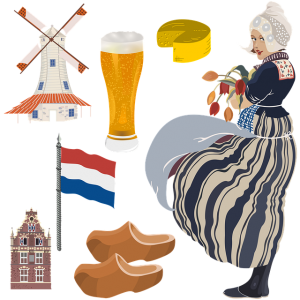 The Amazing Windmills In and Out the City of Alkmaar

One of the most attractive views in Alkmaar are the big and small windmills located in and around the city. The amazing views, especially of the large windmills, make for a perfect backdrop for those who love to take photographs. What makes windmill gazing even more amazing is that the Windmills of van Piet and De Viaan are within walking distance in the city.

Many think of Alkmaar as a smaller version of Amsterdam, the capital of Holland. Just like other Dutch cities in the Netherlands, Alkmaar began as a small fishing town during the 10th century. The canals were originally built for defense purposes and at the same time functioned as sewage systems.

However, even with the modernization of the country’s sewage and plumbing systems, the canals and bridges remained as aesthetic features of the entire city. This makes Alkmaar one of the most picturesque in Holland. Both tourists and locals love to take regular canal boat rides around the city.

Many have since forgotten how in the 17th century the canal sewage cesspit had notoriously stank. Nevertheless, the Dutch government lost no time in having the Great Dutch Stink solved, and the cesspit era is now an obscure part of Holland’s history.

One of the reasons why many tourists keep coming to Alkmaar is the city’s successful hospitality industry. It has been providing a host of recreational activities, well supported by dining and lodging provisions that make visits pleasantly memorable.

To avoid reminding tourists of the embarrassing cesspit reputation of the Dutch canals, every loodgietersbedrijf (plumbing company) makes sure they provide only the best in plumbing and roofing services. The Dutch government established standards in plumbing systems and installations, along with corollary maintenance and sanitation services. Compliance with such standards have helped shape the country’s tourism and hospitality industries.