When one thinks of cyberpunk design, many will most likely associate it to skyscrapers, neon lights and dystopian or post-apocalyptic backdrops. While all these can represent cyberpunk design, there is so much more to Cyberpunk than what people think. 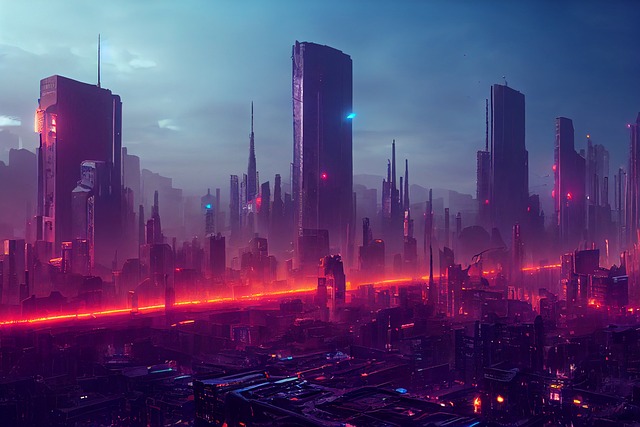 Cyberpunk is a cultural movement. Oftentimes, cyberpunk is depicted as a technologically advanced world populated by people who are unable to afford and bear luxuries and comfortable living. In essence, it is a high tech down-and-out life.

Similar to many trends in design and fashion, the Cyberpunk aesthetic and style came and went, but in recent years has been reveling in a significant comeback, spanning not only in movies, TV shows, video games, and literature, but is also now ingrained in in modern fashion, graphic design and film.

When it comes to Cyberpunk clothing style, Cyberpunk has several futuristic styles and can be categorized as follows:

Techwear is perhaps the most popular and relevant style in fashion that Cyberpunk frequently falls under. Made from high-tech fabrics and inspired by futurism, the Cyberpunk techwear clothing style features technological aesthetics and functionality that will make cyberpunk fans say  “I want to buy techwear” again and again.

As this Cyberpunk clothing style has functional design, they usually have large cuts of fabrics, pants are slightly baggy often with multiple pockets and straps, combined with an open or box cut jacket, also frequently with multiple pockets or straps. Techwear (techninja being a sub-variant) has a sleek urban design with the whole ensemble being breathable, comfortable, and waterproof.

This Cyberpunk clothing style is a version of the Techwear style with big hoods or cloaks and half or full face mask for aesthetics.

Think of the Matrix follow-the-white-rabbit club scene. Trinity was in a black latex bodysuit and other club goers were in leggings, skirts, fishnet stockings, googles, braids, and high-platform boots.

This Cyberpunk clothing style is for the punk types, imagine punk hackers and console cowboys. It frequently has an astute remark about hacking or cyberpunk-related themes or skill.